I have been awarded First Place for Best General News Photo in the 2008 Catholic Press Awards for my photo "Fallen Hero".

This marks the third straight year my work has been recognized by the Catholic Press Association of the United States and Canada. 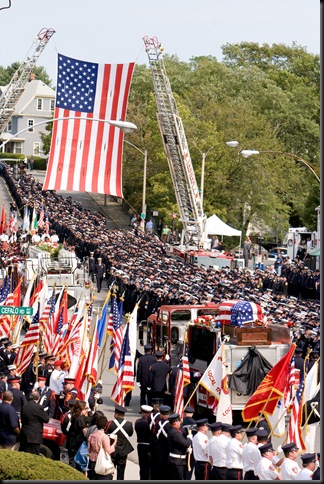 The photo was part of my coverage of the funeral Mass of Boston Firefighter Paul Cahill who, along with Firefighter Warren Payne, died fighting a 2007 restaurant fire in West Roxbury, Mass.

Below is an audio slide show of the entire event.