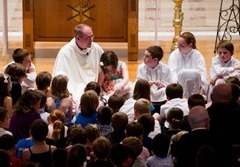 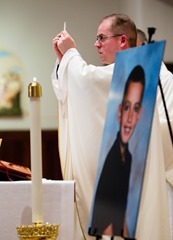 I was deeply honored to be the sole photographer permitted to photograph the memorial Mass for the youngest victim of the Boston Marathon bombings, Martin Richard.

The Mass was held at St. Ann Church in Neponset on what would have been Martin’s 9th birthday.

Photographs from the Mass appeared numerous local and national media outlets, including several local television stations, the Boston Globe and the Huffington Post.

It was inspiring to see the Richard family who, I am sure, are still dealing with the after-effects of this tragedy in their own lives so courageously open themselves to the community to allow them to share in their mourning and quest for healing.